A project by Acumen America
November 10th, 2021 by Brian Hill

Incarceration leads to generational wealth gaps, here’s how we can start to break that cycle 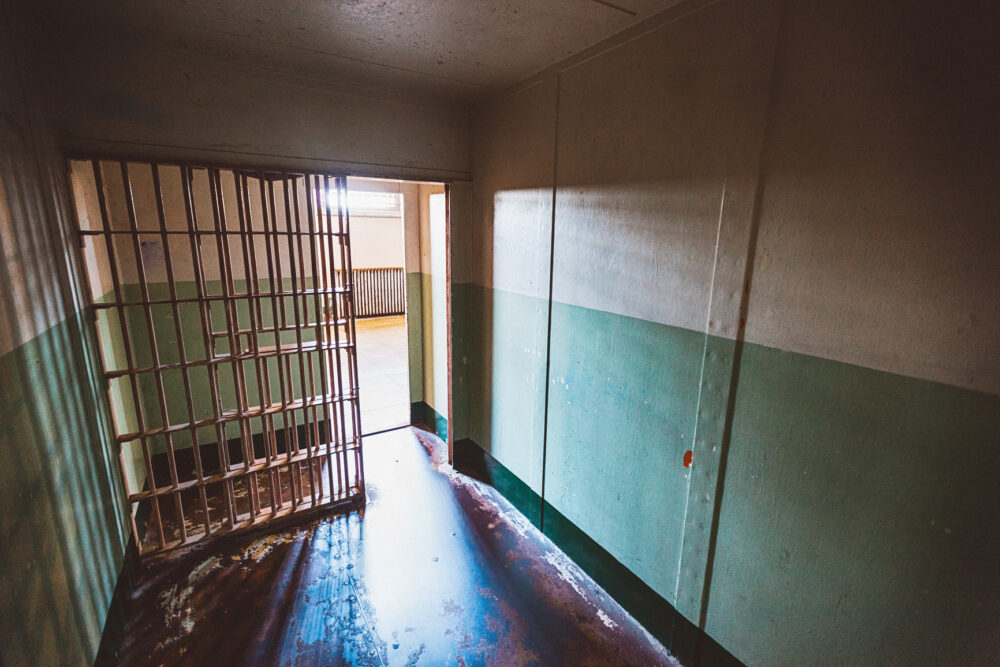 Brian Hill is the founder and CEO of Edovo, a company that provides prisons with tablets that give inmates free access to education and low-cost communication services.

American prisons generationally impact families. There are a lot of dynamics at play, but think of it this way: you take a dual income household and remove an income earner out of the equation. It was made even worse in the 1970s and 80s, where many families still had primarily male breadwinners. And you take that big chunk away: not just of income, but stability.

That’s just the impact while a family member is incarcerated. You are unquestionably at a financial disadvantage from the day you are convicted: your earning potential is diminished by not having work, work experience, earned income, and then—and this is the real death knell in America—the real difficulty in finding work when you get out. This simply all rolls downhill to families who are raised with fewer opportunities and less wealth as a result of incarceration.

On every single level, this is a wealth crusher. You go to jail for a day, it affects your income, because you’re losing money in fines and fees from the outset. If you’re lucky and wealthy and you get out quickly, then you’ve lost a couple thousand dollars. Then if you have to go to trial, you’re talking about crushing attorney’s fees, court fees, a whole tangled web of debt.

If you go to jail, you have immediately taken a significant step back. Now, if you come from a wealthy background and have enough social airbags then you might be okay. There might be friends or family who can hire you and can look past it; and then you can move past it.

So in that scenario, the earning income challenge was a bit more of a blip. But for the vast majority of people, they’re coming into this from low- and middle-income families. That is a massive financial setback when it happens. You’ve lost an income, you’re paying fines and fees, your family and friends are making phone calls, you’re paying bail. It’s such a financial shock—starting with pre-trial until the day you’re released.

The good thing is, there is a way we can help to try and ease this undue burden on those who have been through the American prison system.

We have pretty liberal bankruptcy laws in this country that allow people to get out from under really bad circumstances and come out pretty clean at the other end of it. That leniency doesn’t exist in the criminal justice system.

We could create a more bankruptcy-like criminal justice situation, where people can say, alright, whoops, I totally blew it, but I’m ready to change. And this is theoretically,what many Americans perceive is the purpose of jail and prison. We even have the coined phrase: do the crime, you do the time. Unfortunately, “the time” never ends.

So often we hear people say I did my time, but when do I get out from under that? That’s the big question a lot of people ask on the other end of it: when do I get to be done from this? But we don’t let people be done. A bankruptcy-like system—treating incarceration like a true mistake with time served but not a life ender—could help ameliorate the post-time harm for both reentering citizens and their families.

Here’s how we could do it.

There is over $100 billion (yep that’s a B!) in U.S. criminal debt on the books according to the Office of Justice Programs. We need to rethink and reimagine fees and the debts the incarcerated incur. These fees would be devastating to anyone, but they are particularly crippling to the incarcerated—and their families—when they are already burdened with multiple barriers to employment and carceral-imposed income impacts.

I would encourage policies that don’t allow third parties to publicize mugshots and crime records for monetary gain. I would also seal all criminal records and make them viewable only to parties that need a high burden of proof that the information is needed, withstrong penalties for misuse or discrimination based on criminal history.

Now, I know we may not feel comfortable sealing all records. Some formerly incarcerated employees may be high risk, and not a good fit for specific jobs, but that’s a data issue. We just need to make sure that the right people have access to the right data: like if someone convicted of financial crimes is applying for a bank job or a certain level of sex offender is looking for work in a school. We don’t want to put anyone in a position to fail. Further, we need to remove barriers to certifications, licenses, and trades. Just last year, California passed a law that will expunge inmate firefighters records and give them a much more clear path towards work upon release. Previously, decades of heroic California forest firefighting was rewarded with the inability to be a licensed firefighter upon release.

With very few exceptions, landlords should not be able to make criminal background checks a part of lease agreements. This past spring, the city of Ann Arbor passed a law banning criminal background checks for renters. This will go a long way towards giving the formerly incarcerated opportunities to reintegrate into their community and the economy. “By banning the box with respect to leases, we will be expanding housing opportunities and the opportunities for returning community members to integrate fully back into our community,” Mayor Chris Taylor said at the time.

Ultimately the question is: how deeply do we want to punish someone for what they’ve done?

And this goes back to the fundamental flaw of the American prison system: we’ve never decided why we incarcerate people. Is it to rehabilitate? Is it for safety reasons? Is it for deterrents? Is it to punish? These are all very important dynamics that yield very different outcomes.

If we just take someone out at the knees, and handicap their ability to live and work and earn—and then send them out and further handicap them as they’re walking out the door, what are we saying as a society? We’ve just defaulted to purely punishing people. All we’re doing is saying we’re never going to forgive you for what you’ve done. I believe that safety and rehabilitation should be the aim. So we need to think differently about what it means to be free on the other side – and to push ourselves to provide dignified, second chances that allow the incarcerated and their families to build opportunity and wealth.