A project by Acumen America
November 10th, 2021 by José Quiñonez 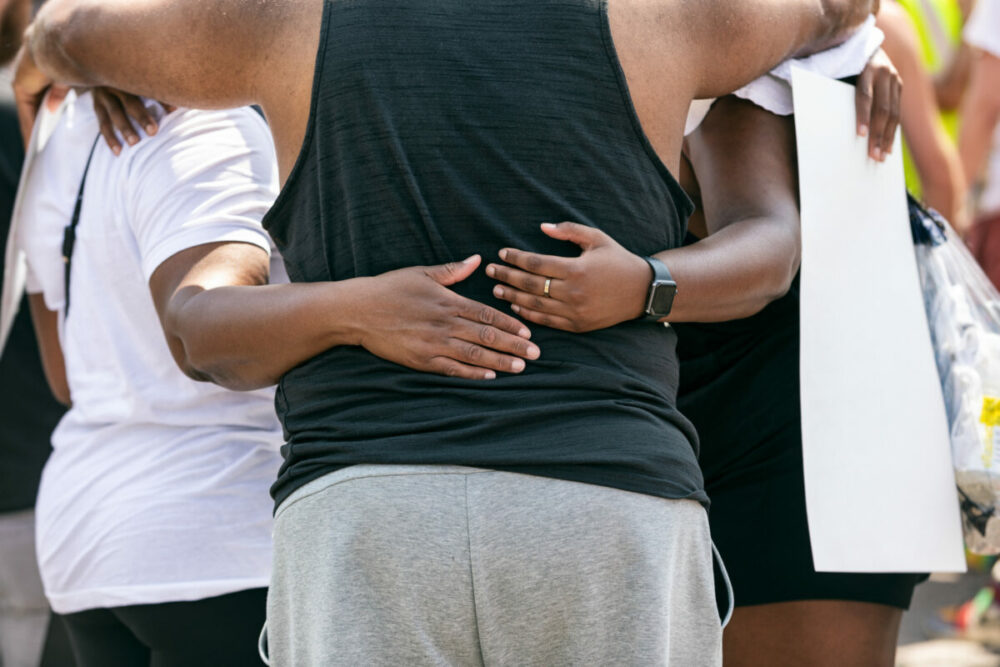 José Quiñonez is the CEO of the Mission Asset Fund, a nonprofit that helps people in financially excluded communities become visible, active, and successful participants in the U.S. financial mainstream.

In America, 45 million people live without access to affordable credit, while 16 million people don’t have access to a checking or savings account. This leaves many struggling to get what they need—a lease on an apartment, a vehicle, certain jobs—and it disproportionately affects immigrants, people of color, and low-income Americans.

It’s a vicious cycle that perpetuates the wealth gap in America. Workers without a credit report or access to traditional banking and credit have difficulty getting ahead, building wealth and financial health. The reality is that having a credit score is like a passport you need in order to join the financial mainstream.

Credit reports are one of those things that when you have it, you don’t think about it. But when you don’t have it, that’s why you get denied for loans, getting an apartment, or getting jobs. It can even affect car insurance rates. So, for immigrants, young people, minorities, and low-income Americans not having a credit score—or having a low credit score—is a huge barrier.

There’s a practice that’s very common all over the world called lending circles where people come together to help each other save that money with one another. It’s been happening through the millennia. Imagine a group of 10 people coming to an agreement together to say, “Put in $100 each.” Collectively, they come up with $1,000. Then somebody takes the $1,000 in week one or month one. The next week or month, everyone does it again, and the second person takes $1,000. Repeat until everybody gets a $1,000 lump sum.

Lending circles are typically formed between six to 12 people. They traditionally helped people use their collective purchasing power through community. So it would allow someone to have enough for a down payment on a car and, a month later, another participant would be able to take out a loan to purchase equipment for a small business. The initial cash outlay is more affordable for everyone, while also gaining access to loans that might have otherwise been out of reach. It’s a path to financial stability that fosters community and trust.

At the Mission Asset Fund (MAF), we got an idea. In 2008, we launched our social loan program Lending Circles, which helps Americans quickly build credit and find more stable financial footing through community. We took a practice that is familiar, comfortable, and breeds trust within communities and formalized it. With Lending Circles, we act as a loan servicer and also a data furnisher to the credit bureau. We’ve taken an informal lending program—tandas in the Mexican immigrant community—and made it a formal program, without stripping away the sense of community and trust. It is identical to the lending circles our clients are used to, except we are helping them build their credit by reporting to credit agencies.

By building a product based on the traditional cultural practice of helping one another, it’s opened doors for many outside the financial mainstream. Part of the reason it’s been effective and successful is because we didn’t go to potential customers and say, “Stop what you’re doing. It’s not how we do it here in America.” It may be more formalized than the traditional lending circle, but the allegiance to community remains: 99.1% of the money we lend to those with no credit is repaid.

One thing that is great about Lending Circles is it’s not just a loan that they’re getting, but it’s about the relationships that they’re building and the community that they’re forming while simultaneously helping one another.

At the same time, they’re building their credit score, so when they are ready to buy a car or a house or start their own business, they can do it with a good score so that they can get the best rates and and do it in a way that’s meaningful and uplifts their cultural practices. And it’s been a huge success: 64% of our clients improve their credit score during their first Lending Circle and 36% move to a more favorable risk segment.

It’s all about goals

We also help people build towards what they want and need. So someone might come in and say, “I have a goal of buying a car next year.” We can help them get ready for that. Or, perhaps, someone foreclosed on their home. We can help them build their credit back up so they can get back in the game.

Ultimately, we’re not simply focused on lending for lending’s sake. There’s a layer of education about what a good credit score can do for you. Because we’ve formalized something they often already know about—the community lending circle—we have to say, “Here’s the real value we’re providing.” Not only do you get the $1,000 loan and community, but the real value is having a good credit score. Because with that score, it can open up a world of opportunities in the financial marketplace.

But it’s important to remember that wealth doesn’t mean the same thing for everybody. Cultural determinants are really important, because for some families and cultures wealth is about maintaining a strong social family connection. So, it’s not about just having money and hoarding it until the day you die. Actually, some people don’t think that that’s really the best thing or the best way of doing it. Some people think you work, you accumulate, you develop assets, and then you share it with other people that you love—and that’s wealth.