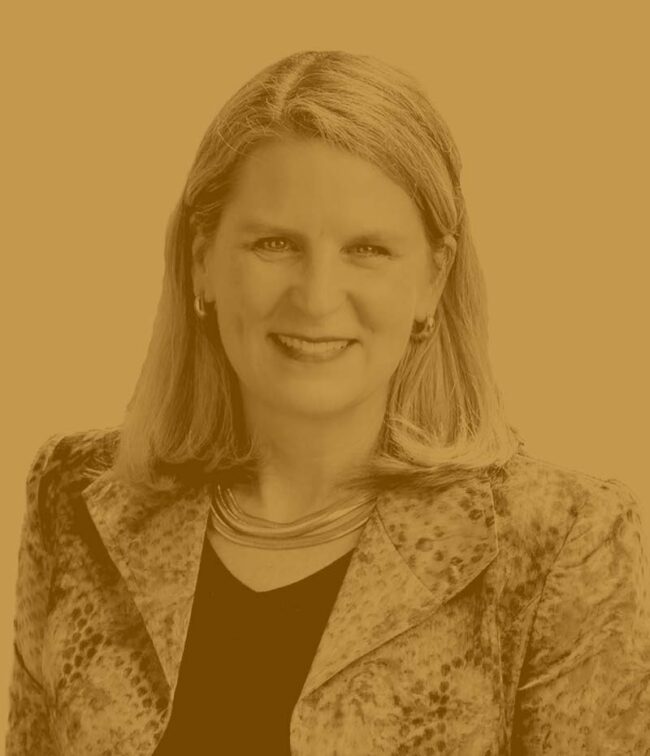 Liz Shuler has spent her career advocating for workers. The first female president of the AFL-CIO helped steer the labor giant—and its many unions—through the pandemic and the upheaval of working conditions. She got her start organizing at a local utility company and never looked back. We talked to her about young workers, picket lines, and building skills at the community level.

I just had to step into the presidency of the AFL-CIO because my predecessor, Rich Trumka, died in office unexpectedly. I was elected by our executive council 10 days later. So it was a crisis. And I had to keep moving the organization forward amidst a lot of uncertainty with the pandemic and unprecedented strikes going on in the country, the upheaval in the economy. I guess it would be a lot easier to have stepped aside, but I stepped into it.

I see hope in the courageous workers that are walking out, stepping up, and striking. They’re hungry for change. There’s this spark out there that as work is changing, people are starting to say, “You know what, I deserve better.”  And they’re willing to stand up for it. Unions are being seen—for the first time in a long time—as a catalyst for change or a path to help them achieve that change.

An initiative that I did in my previous role around repositioning the labor movement so that people would see us differently, which was a huge undertaking. I did it in a sort of insular way—and we weren’t promoting the work as much as we should have been. So people were not aware of what was going on. I don’t think people saw the impact, it sort of lost momentum. I learned a lot from that experience.

My mentor Ed Hill, who was the president of one of our unions, the International Brotherhood of Electrical Workers. I saw him making the right choice, the moral choice on a daily basis.

I’ve been trying not to check my email first thing. It’s very hard. But now I’m going old school: the Washington Post in hardcopy comes to my door in the morning.

Right now there’s a lot of talk about the so-called labor shortage and I would say there’s really no shortage of workers. Instead, there’s a shortage of family-sustaining jobs and high-quality jobs with fair wages and good benefits. We need to be examining the quality of jobs and what’s going to keep people coming back to an employer—and that’s going to be good pay and good benefits.

Probably food. I love to cook and I love to eat. So I know a lot about food. I could be predictable and say labor history or something like that [laughs], but I’m not going to do that.

We live in a country where the right to organize hasn’t been strengthened for more than 80 years. Workers shouldn’t have to walk through fire in order to organize a union in their workplace. So we need to strengthen our federal labor laws. Period.

Young workers. Young people are challenging the status quo. They’re bringing in new perspectives. This generation is so civic minded and so collaborative that it warrants listening to. Society is geared toward listening to more seasoned perspectives, but I think that it’s really about listening to young people.

I wish that I would have leaned in more boldly when I was younger. Looking back on it, you always think, “gosh, why wasn’t I more confident?” But it took some time to build that confidence.

I have worked in a male-dominated environment my whole life, so it was the whole “smile more.” I ignored that. My real answer would be to not be afraid to take risks. I was less risk tolerant when I was younger, so I would have ignored that mostly. Now, as I’ve gotten older, I’ve realized the value of doing some things that maybe seem edgy—and being okay with failing once in a while because it means you’re doing something new.

Addie Wyatt, who not many people know, was a union activist. Starting back in the 40s she stood in line for a job at a meatpacking plant and the plant offered white women the comfortable safe clerical positions, while the black women had to take on the dangerous canning jobs in the factory. She had passed the clerical test. She was then directed to the factory floor where she joined the union and was an unlikely union activist. Throughout the course of her career she saw the value of using the union as a vehicle to fight discrimination and for fairness on the job.

The smartphone. I’ll look at it from a different angle than most people, which is that it has democratized the ability to organize people. People couldn’t come together as efficiently before—and now we’re using the smartphone to share information to connect with each other and do that in a way that’s powerful.

Would you rather climb Mount Everest or travel to the bottom of the Mariana Trench? Why?

I turned 50 right in the middle of the pandemic and I was supposed to climb Machu Picchu. That was one of my big life goals. So I’ll go with Everest. Conquering a mountain is a pretty incredible life accomplishment.

There is not a single person I could name, because it was the labor movement.

Right after college I graduated into a terrible economy. I was working multiple jobs at once, like a lot of people do today in the gig economy. One of the jobs I had, at the utility company, the clerical workers wanted to organize a union. That determined my path forward was to get involved in an organizing drive, where the women I was working with wanted to be treated fairly just like the men who were in the union. That was where I found my voice—and never looked back.

I don’t have a lot of time for leisure reading. It’s one of the things that makes me sad these days, because I’m constantly reading for my job: policy briefs, dense background reading. But the last book that I enjoyed was The Woman Behind the New Deal by Kristin Downey.  It’s about Frances Perkins, who was FDR’s Secretary of Labor. She was the visionary behind FDR’s programs that she doesn’t get a lot of credit for. She’s not a household name, so I think everyone should know her story.

I wouldn’t say I rely as much on a book for my lessons as much as the people that I meet on the picket lines, the organizers that are waging campaigns, the women who are leading quietly in our workplaces. That’s where I learned my lessons from: the people that I interact with.

How would you invest $5 million dollars if financial returns were not the primary objective?

I’m passionate about helping young people find their way into good careers. I think we don’t do enough in the way of mentoring and letting young people experience what different types of jobs are like. We often pick a path and jump in without knowing a lot.

I would probably invest in some kind of mentoring program that helps young people discover their passions. And, of course, I would connect that to apprenticeships. A lot of people, especially women, don’t think of themselves as working with their hands in something like a construction trade. It’s truly life changing to see when young people go through the apprenticeship program and end up with incredible skills that can last a lifetime.

It was a painting from my husband’s mother. She passed away and his father moved out of the family home. We ended up with this painting. I can’t think of the name. But it meant a lot throughout the family. I think people always kind of coveted this painting. Somehow we were lucky enough to inherit it. And so it’s now in our entryway.

I’ve been spending a lot of time on strike lines with workers, because there are so many workers who are fed up with how they’ve been treated in this economy, especially through the pandemic. I think being patient is the absolute value that workers are showing everyday on a picket line.

I think of this job I’m in as a role that is uplifting the struggles of working people. If I can give voice and power to more working people that, to me, is a job well done. But it’s not about me. This is about collective action, and coming together to bargain for more fairness in the workplace for millions of working people. 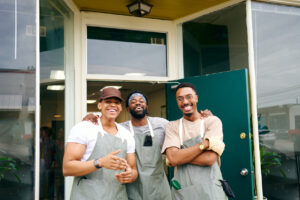 The Fix
Here are some ways we can build a more equitable future for workers
By: Kathleen St. Louis Caliento 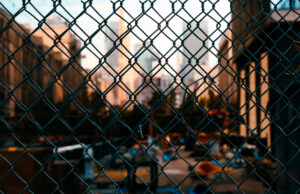 The Fix
How we can help remove barriers to work for the formerly incarcerated
By: Jason Wang 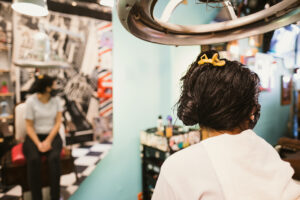 The Fix
The beauty industry isn’t fair to workers. We’re trying to fix that.
By: April Dominguez
×